All of our USED Locomotives have been test run.

Many are from my personal collection and have been in storage since 1991.

You should expect to do some minor maintenance or a tune-up on these locos.

Model Information: Atlas introduced the Kato-produced RS-3 in 1983. They followed up with the RSD-4/5 in 1987, also Kato-produced and sold by both Atlas and Kato under their own brand name. The models were redesigned in 1999 and production moved to China. The models were again modified in 2001 (RS-3) and 2004 (RS-4/5) and from then on featured Atlas "Slow-Speed" motors. The RS-3 and RSD-4/5 share the same internal mechanism.

The early releases were the first locomotive produced by Kato for Atlas. It was vastly superior to the earlier models produced by Roco for Atlas. The combination of the split-frame design, directional lighting and 5-pole motor with bearing blocks to hold the worm gear in place made it the first "modern" N-Scale design for a North American locomotive.
DCC Information: Unfortunately the one modern feature it lacks is a single-lightboard design to permit a "drop-in" decoder board installation. The split-board requires some soldering and careful installation to upgrade even the most modern edition of this locomotive to DCC. Special split decoders are available to convert these models to DCC. Some soldering required. TCS makes the 1278-CN which works pretty well.
Prototype History: 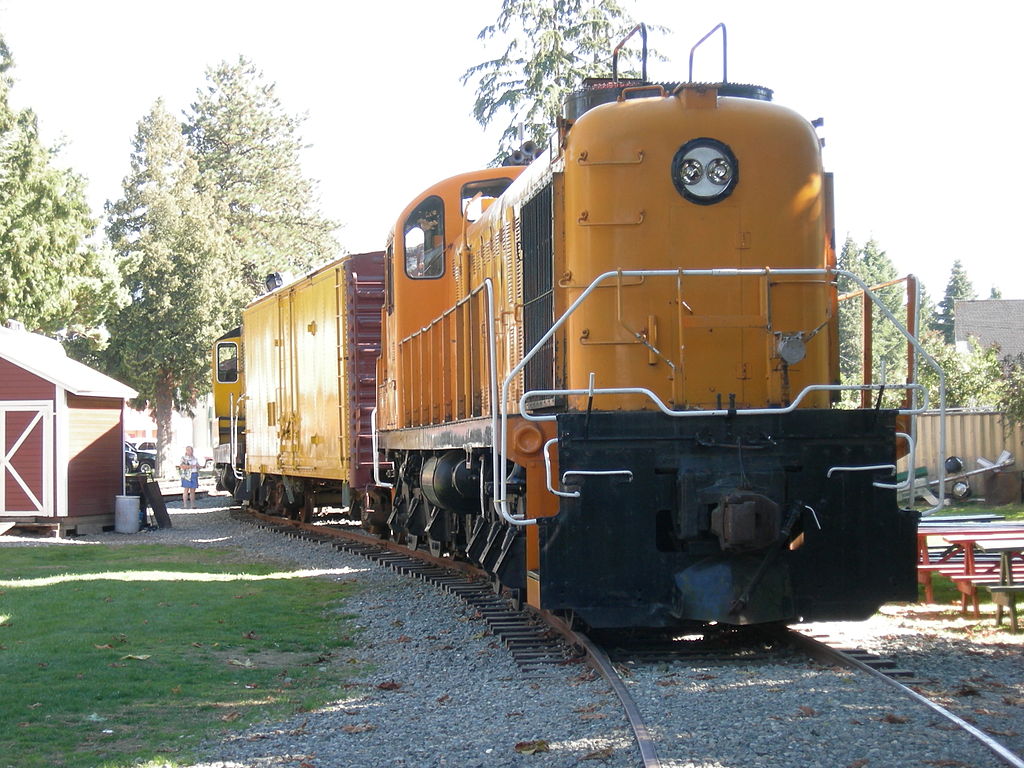 The ALCO RSD-4 was a diesel-electric locomotive of the road switcher type rated at 1,600 horsepower (1.2 MW), that rode on three-axle trucks, having an C-C wheel arrangement.

Used in much the same manner as its four-axle counterpart, the ALCO RS-3, though the six-motor design allowed better tractive effort at lower speeds. Due to the inadequate capacity of the main generator, this model was later superseded in production by the ALCO RSD-5

Although they may be molded in color, unpainted and unlettered, undecorated products are marketed to modelers who seek to custom decorate their models for private roads and/or road and/or company names that were not commercially produced by any of the major manufacturers.

Undecorated models are frequently also unassembled or only partially assembled and required modelers to be comfortable with glue, paint and sometimes solder in order to prepare their models for display. Materials for these models can vary but often include plastic, pewter and resin. Models may or may not come with decals or other decorations such as plastic signage, railings and ladders to enhance the appearance of the final product.

In 1924 Stephan Schaffan, Sr. founded the Atlas Tool Company in Newark, New Jersey. In 1933 his son, Stephan Schaffan, Jr., came to work for his father at the age of sixteen. Steve Jr. built model airplanes as a hobby and frequented a local hobby shop. Being an enterprising young man, he would often ask the owner if there was anything he could do to earn some extra spending money. Tired of listening to his requests, the hobby-store owner threw some model railroad track parts his way and said, "Here, see if you can improve on this".

In those days, railroad modelers had to assemble and build everything from scratch. Steve Jr. created a "switch kit" which sold so well, that the entire family worked on them in the basement at night, while doing business as usual in the machine shop during the day.

Subsequently, Steve Jr. engineered the stapling of rail to fiber track, along with inventing the first practical rail joiner and pre-assembled turnouts and flexible track. All of these products, and more, helped to popularize model railroading and assisted in the creation of a mass-market hobby. The budding entrepreneur quickly outgrew the limitations of a basement and small garage operation. Realizing they could actually make a living selling track and related products, Steve and his father had the first factory built in Hillside, New Jersey at 413 Florence Avenue in 1947. On September 30, 1949, the Atlas Tool Company was officially incorporated as a New Jersey company.